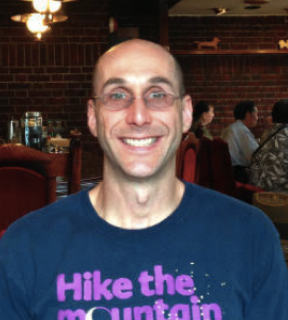 Members of the UC Berkeley community are invited to attend an upcoming seminar with Carey Nachenberg, a leading cybersecurity expert, author, and technical fellow at Symantec, the world’s largest computer security firm. Selected for Computerworld‘s “40 Under 40: 40 Innovative IT People to Watch” and winner of The Wall Street Journal‘s 2010 Technology Innovation Award (computer security category) for his innovations in the security field, Nachenberg has developed technology that collectively protects hundreds of millions of computers worldwide.

In addition to his work in the cybersecurity field, Mr. Nachenberg has recently released his first novel, a cybersecurity thriller entitled The Florentine Deception, and he is donating all of his proceeds to charities benefiting underserved students and veterans. Nachenberg holds Bachelor’s and Master’s degrees in Computer Science from UCLA, where he serves as an adjunct assistant professor.

This event is part of CLTC’s Next-Generation Cybersecurity Series, which seeks to identify cutting-edge cybersecurity challenges from across a variety of key areas, including system and network security, government and critical infrastructure security, and consumer and data privacy security.