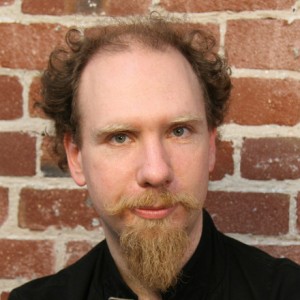 In partnership with the Team for Research in Ubiquitous Secure Technology (TRUST), CLTC is pleased to present a discussion with Peter Eckersley, Chief Computer Scientist for the Electronic Frontier Foundation (EFF).

For the past five years, EFF has been working on transitioning the Internet away from insecure, unencrypted protocols such as HTTP for the Web and SMTP for email. There has been a tremendous amount of progress, but our work isn’t done yet. This talk, “The Road to a Fully Encrypted Internet,” will explore some of the institutional and technical roadblocks that have made the deployment of encryption complicated, and a range of projects that EFF has pursued to address them, including HTTPS Everywhere, the Encrypt the Web Scorecard, and most recently, the Let’s Encrypt Certificate Authority. Eckersley will review data on progress, outstanding obstacles, and what technologists and policymakers can do to help.

Peter’s work at EFF has included privacy and security projects such as Let’s Encrypt, HTTPS Everywhere, Panopticlick, and the SSL Observatory; helping to launch a movement for open wireless networks; fighting to keep modern computing platforms open; helping to start the campaign against the SOPA/PIPA Internet blacklist legislation; and running the first controlled tests to confirm that Comcast was using forged reset packets to interfere with P2P protocols.

Peter holds a PhD in computer science and law from the University of Melbourne; his research focused on the practicality and desirability of using alternative compensation systems to legalize P2P file sharing and similar distribution tools while still paying authors and artists for their work. His other activities include serving as an advisor to 3D microscopy startup 3scan; on the board of the US branch of the Centre for Effective Altruism; on the Advisory Council of the Open Technology Fund; and as an affiliate of the Center for International Security and Cooperation at Stanford University.

No RSVP is required. Light lunch will be available.