Cybersecurity of the Olympic Games 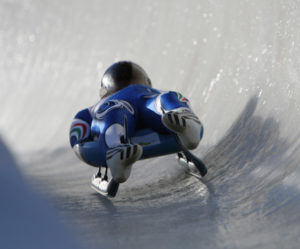 With the 2018 Winter Olympics set to begin in Pyeongchang, global media outlets have taken notice of the potential cybersecurity risks associated with this event. Several publications have cited CLTC’s research on the cybersecurity of the Olympic Games, which was detailed in a report released last October. Earlier this year, Betsy Cooper wrote an op-ed for USA Today that tied the report’s key findings to the Pyeongchang Games.

In a piece entitled “Winter Olympics’ Security on Alert, but Hackers Have a Head Start,” The New York Times’ Nicole Perlroth reported that “cybercriminals are likely to be targeting the Games,” and noted that “cybersecurity researchers said the Olympic Games — more digitized than ever — are ripe targets for hackers searching for embarrassing information on everyone from athletes to organizers or simply looking to cause trouble by manipulating scoring or lighting systems.” Cooper was paraphrased in the piece: “The worst-case scenario would be attacks in which hackers tried to shut off lights in a stadium during an event, or perhaps even tampered with electronic timing results.”

Meanwhile, in an article entitled “Pyeongchang braces for threats on its Winter Olympics,” The Toronto Star’s Rosie Dimanno also reported on the potential risks of cyberattacks disrupting competition. “Just imagine the havoc that could be created with a full-on corruption of the digital technology utilized in scoring and judging and time-posts down to the hundredths of a second,” Dimanno wrote. She described how Cooper and her fellow researchers were able to use a low-end digital camera and “zoom in on computer screens at three international sporting venues and read sensitive information. They were also able to capture passwords being entered into digital systems by officials.”

“This might be the last Olympics without AI judges”, written by David Gershgorn for Quartz, described the growing use of artificial intelligence into the Games, and pointed to a new system designed to assist with judging  gymnastics at the 2020 Tokyo Games—technology that was described in the CLTC report. The Quartz piece referred to an article published last fall in The Guardian that quoted Betsy Cooper. “While it’s possible these measurements could take some bias out of the scoring process, experts warned…that increased reliance on technology could introduce new risks of digital tampering with algorithms. ‘If the algorithm were manipulated by even a small portion you could affect the overall outcome score and it would be very hard to detect,’.”

Cooper was also quoted in a piece on Cyber Scoop, “Anglo-Saxon Illuminati’ responsible for Olympic doping controversy, according to Fancy Bear,” which reported that a hacking group with suspected Russian links published allegedly leaked emails from the International Olympic Committee (IOC) and the World Anti-Doping Agency (WADA).

CLTC Faculty Director Steven Weber was interviewed by TechTarget for a piece entitled, “Can a decentralized open source community properly address security?” As suggested by the title, the interview focused on the question of whether the open-source community stay on top of growing information security demands by relying on a collection of disparate, unpaid volunteers? SearchSecurity asked Weber about the state of open source software, how it compares to the commercial software market on security, and the role of software liability in that comparison. Read the piece here.

Weber was also interviewed by TechTarget about “emotional data,” which is “derived from biometric data and other methods that indicates when users are happy, sad, stressed and in other emotional states.” Weber explained how “knowing that granular level of joy and pain and personal experience about other people—in a way that they themselves don’t know—is really interesting. Think of all the wonderful things you could do for people in an effort to make them happier. It can be abused, too. You can do good things with it, and you can do bad things with it. That’s true with every piece of data that I’ve ever seen.” Read more here. 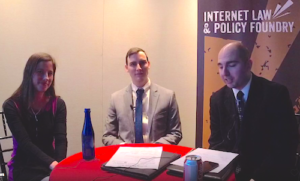 Betsy Cooper appeared on a podcast produced by The Internet Law & Policy Foundry, a website started by early-career policy and law professionals who are passionate about the Internet and technology. The interview took place following Cooper’s appearance on a panel at the State of the Net conference entitled “The Wizards’ Brew of Cybersecurity: Beyond Money and Mischief,” which focused on assessing how government, industry, and other parties can manage cybersecurity threats coming down the pipeline. Cooper shared her perspectives on some of the key technological and policy questions related to supporting security. “There was a lot of convergence between the panelists,” Cooper said. “Everybody is worried that the Internet as it stands does not have security baked in and that we’re heading in the wrong direction… Even if we keep things the way they are, where should be going to try to set standards or create a more level playing field on the Internet so the good guys have an advantage over the bad guys?” Watch the full interview here.