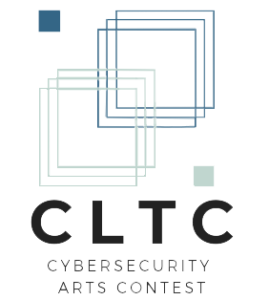 The Center for Long-Term Cybersecurity has announced the winners of our inaugural Cybersecurity Arts Contest. Following a juried review of proposals, six different projects were selected based on their potential to illuminate the human impacts of security and provoke critical dialogue about important issues like privacy, surveillance, cyberattacks, and malware.

The Cybersecurity Arts Contest is part of CLTC’s mission to help individuals and organizations address tomorrow’s information security challenges and amplify the upside of the digital revolution. “Artists are a critical voice for expanding the ways that the public engages with and imagines cybersecurity,” said Ann Cleaveland, Executive Director of CLTC. “We are thrilled to be able to fund these original projects in multiple different media.”

The six winning projects are: “between systems and selves,” a series of sculptures by Caroline Sinders based on different types of malware, or malicious software; “Hack Back,” an educational zine (independently produced magazine) by Joyce Lee focused on the human impacts of cybersecurity; “The Price is Wrong,” a series of videos by Uganda-based collaborators Shayna Robinson and Neema Iyer calling attention to the public’s lack of awareness around cybersecurity; “SweetWire,” a music video project by Greg Niemeyer that translates the containment of a cybersecurity attack into music and choreographed motion; “Tally,” by Joelle Dietrick and Owen Mundy, a web browser extension that “gamifies” the tracking and blocking of online tracking tools used by advertisers; and “Virtual Caring,” for which artist Lauren McCarthy and David Leonard will use a network of cameras and remotely controlled appliances to serve as a “human AI” assistant for the elderly.

The Cybersecurity Arts Contest was launched as part of the Daylight Security Research Lab, a new initiative that aims to shift how people understand and identify the harms of technology. Artists from around the world submitted proposals that were reviewed by an interdisciplinary committee and judged for artistic merit, relevance, feasibility, and potential impact, including how they might influence other artists or reach particular audiences. The selected artists will receive funding in amounts ranging from $5,000 to $25,000, and CLTC will help the artists to show and publicize their works.

“Contemporary tropes of security’s representation — like the ‘hacker in the hoodie’ or the ‘scrolling green code’ — fail to capture the gravity, impact, and reach of security in daily life,” explains Nick Merrill, director of the Daylight Security Research Lab. “Through their critical and creative approaches to issues like security and privacy, these artistic works can help provoke thought and dialogue about cybersecurity.”

Below are summaries of the six Cybersecurity Arts Contest winners. Learn more at https://cltc.berkeley.edu/artscontest2019/.

“between systems and selves,” Caroline Sinders

Inspired by the work of Alexander Calder and Giorgia Lupi, Caroline Sinders will develop a series of “poetic sculptures” based on malware, or malicious software. Entitled “between systems and selves,” the series will feature 100 to 1,000 sculptures made out of thin wood and metal, each designed based on parameters of different types of malware, such as what operating system the malware is designed to attack.

Artist Joyce Lee will publish a “zine,” an independently produced and distributed magazine, focused on the human impacts of cybersecurity. Tentatively titled “Hack Back” (to “evoke a proactive, yet improvisational ethos with the prankish bent of white-hat hackers”), the zine will act as an educational resource to facilitate cybersecurity awareness and to offer accessible instructions for risk mitigation strategies. The zine will be developed in a workbook format and distributed at “D.I.Y” events across the country. 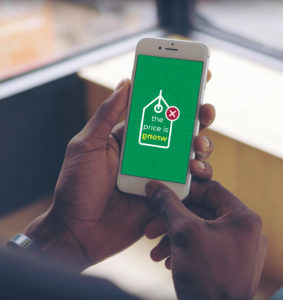 Uganda-based artist Shayna Robinson and Neema Iyer, Executive Director of Pollicy, will produce “The Price is Wrong,” a three-part mockumentary series  intended to start a discussion on cybersecurity within the African context through a lens of comedy and realism. Each 10-minute episode follows the story of participants who answer questions while riding an Uber in Kampala (in a similar style to “Cash Cab”). The quiz questions are aimed at understanding the digital hygiene behaviors of the participants, ultimately testing how much value they place on their personal data and security.

SweetWire is a music video project that translates a successful containment of a cybersecurity attack into music and choreographed motion. Structurally, the music video is a dialog between hacker and target. This approach casts cybersecurity as an ongoing dialog arising from the need to balance security and connectivity, and as a continuous effort to distinguish legitimate and illicit transactions. The music will be produced by Niemeyer in collaboration with Ph.D. students in music at UC Berkeley as well as with Oakland-based music producers from Youth Radio.

Internet users are often not aware they are continually exposing private information about themselves through cookies and other digital trackers. Artists Joelle Dietrick and Owen Mundy aim to bring attention to that fact through Tally, a free, open-source browser extension that transforms the data that advertisers collect into a multiplayer game. Once installed, a friendly pink blob named Tally lives in the corner of your screen and warns you when companies translate your human experiences into free behavioral data.

Many Americans are turning to artificial intelligence systems like Alexa and Google Home to fill the need for care of elderly relatives. “Virtual Caring,” by Los Angeles-based artists Lauren McCarthy and David Leonard, will explore the links between elder care, AI, and surveillance. The artists will install a remotely controlled network of cameras, microphones, lights, locks, and appliances in the homes of elderly subjects. They will then serve as virtual caregivers, responding to the residents’ requests — and even proactively making suggestions — while documenting the experience with an array of 360-degree cameras.