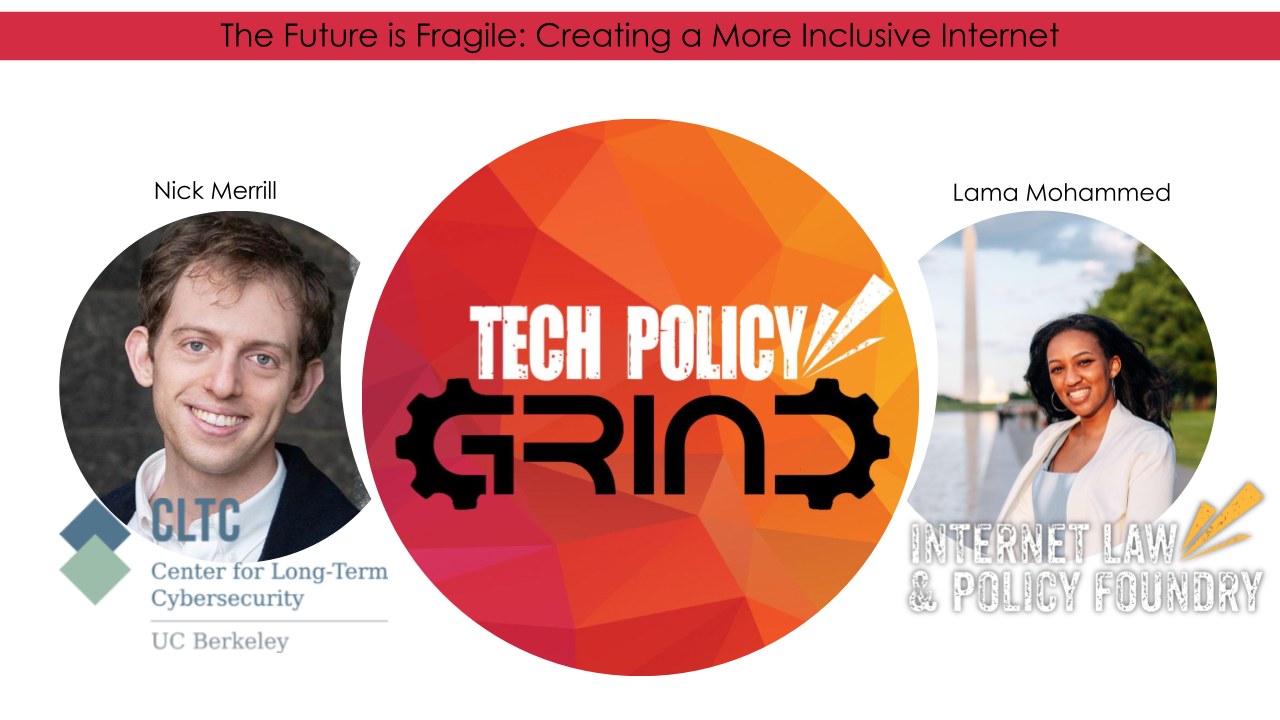 Nick Merrill, a Research Fellow at UC Berkeley’s Center for Long-Term Cybersecurity and Director of the Daylight Security Research Lab, was interviewed for a recent episode of the Tech Policy Grind Podcast.

The Tech Policy Grind is produced by the Internet Law and Policy Foundry, a “collaborative collection of early-career Internet law and policy professionals passionate about technology and disruptive innovation.”

Lama Mohammed, a fellow with the Foundry, interviewed Merrill about his research on “internet fragility,” which Merrill explained refers to “the notion that the internet could become unreliable, or completely unavailable to a large population of internet users, either regionally or globally.”

The causes of an internet shut down could range from natural disasters, as occurred in Tonga following the underwater volcanic eruption in early 2022, to a government-directed shut down, as happens in countries like India.

“Internet fragility can take both of those forms on the regional level, and on the global level,” Merrill said. “It can be localized to certain websites, like when Facebook goes down for everyone, or they can be more widespread, as with an attack on basic internet infrastructure, which would be an extremely catastrophic internet-wide outage. That’s the stuff that keeps one up at night.”

Mohammed and Merrill discussed how the structure of the internet can lead to cascading shutdowns. “There are lots of interdependencies [on the internet], and these can cause cascading failures, where an outage in one service causes an outage in another,” Merrill said. “It’s that dynamic of the cascade being unpredictable that we’re really concerned about when we think about internet fragility.”

The interview also focused on the evolving role in geopolitics, particularly as different nations pursue their own approaches to internet governance, and on how a more decentralized internet could change the nature of the internet’s fragility.

“The internet is a domain of conflict,” Merrill said. “It’s a domain of strategic competition and cooperation. And states and non-states are competing and cooperating for power over over the material conditions of this internet itself. So when we look at those material conditions as they exist today, my question is, will the status quo of U.S. hegemony remain? And if not, what internet comes next? What does the internet look like during hegemonic decline? This is the million-dollar question that I think no one really knows the answer to.”